Misinformation is today a major threat to democratic governance and the development of a reliable media that can serve the purpose of a civil community, Ghana’s Minister for Information, Kojo Oppong Nkrumah, warned on Tuesday in Accra.

Nkrumah called for an urgent response that can restore “confidence in public institutions and in our democracy.”

Mr Nkrumah made the call in his keynote address at the launch of Dubawa at the Swiss Spirit Alisa Hotel Accra where he spoke on the damaging effects of misinformation.

“Misinformation has a number of effects on the information industry generally. The first is that it defeats confidence in public institutions and our democracy…the other effect is that it is also increasing the propensity for catastrophe because as people churn out fake materials and false narratives etc. the propensity for society to get to the brink is now also getting higher,” he said.

He welcomed the start of Dubawa in Ghana saying it comes at an opportune time considering the upcoming 2020 general elections.

“We couldn’t have found a better time to start this project. Because as I am sure you are aware, 2020 is a big deal for us here in Ghana.

“It is a major election year for a number of reasons – we have the two traditional parties that are at it again. We also have two candidates who have been at it for a while now taking another shot at it – the incumbent president and the former president taking a shot at it. 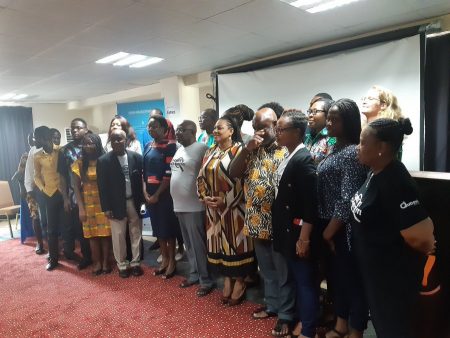 “So the stake is a bit higher in the 2020 elections. It is, therefore, heart-warming also at this time that Dubawa is being rolled out to combat this threat of misinformation within the space,” Nkrumah remarked.

The minister stressed on the particular effect of misinformation on the media industry warning at what he called its “propensity of eroding confidence in the media or information industry because after a while people begin to say the things that you read online you can no longer trust them, even mainstream media can fall prey to them.”

His views were reinforced by Josephine Nkrumah, the Chairman of the National Commission for Civic Education, who chaired the event, and who also noted “that the impact of technology, the insidious growth of fake news as a tool to destabilise and breed extremism cannot be dismissed with the phenomenal and pivotal social media as a tool in politics particularly during election campaigns.” 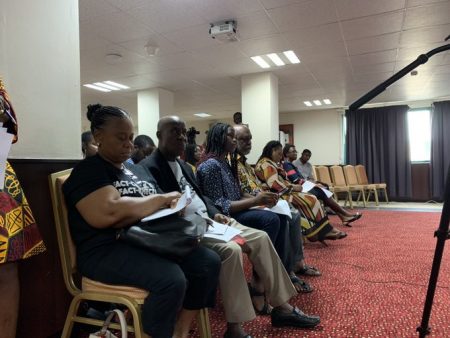 Caroline Anipah, Dubawa Programme Officer and Country Lead, said Dubawa is a response that is damaging threat posed by the pernicious regime of information disorder to democracy and good governance.

In highlighting the role that Dubawa will be playing in Ghana, Ms Anipah said Dubawa will work collaboratively with the government, media, technology companies and other institutions in order to stem the spread of misinformation in Ghana. 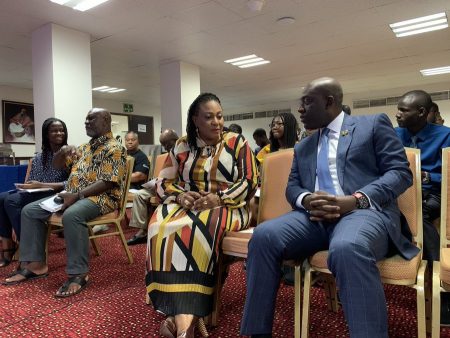 “Our primary targets will be working collaboratively to improve the capacity of our companions in the media industry in the technical and digital skills that help to improve professionalism,” she said.

Anipah added that: “We would be happy to be partners with the government at various levels to improve curriculum and pedagogy on digital literacy even as we help government information officers, particularly those working outside the capital cities, on how to engage in digital literacy at cost-effective ratios.”

DEADLINE: SEPTEMBER 5, 2019 Promoting the work and advancing the role of women in the news media across the globe is critical to transparency and a diversity of voices. The Howard G. Buffett Fund for […]

The Global Migration Film Festival showcases films that capture the promise and challenges of migration THE FESTIVAL Over the years, films have been used to inform, entertain, educate and provoke debate. It is in this […]