In an effort to build the capacity of journalists to face the challenges of journalism in contemporary society, the School of Media and Communication (SMC), Pan-Atlantic University, Lagos State, has trained no fewer than 20 media professionals.

The journalists, drawn from print, electronic and digital media across Nigeria, were the first set for an intensive Solution and Data Journalism Academy.

The journalists were exposed to new strategies for more effective reporting during the 10-day training to be able to do more to influence social change. 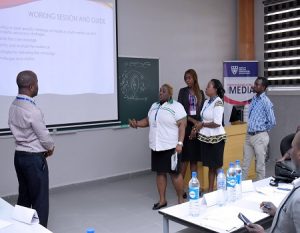 They were trained in self-management, critical thinking, agenda-setting and practice in journalism.

The other courses include storytelling, ethics of journalism, advocacy, journalism for change, data mining, cleaning and management, data analysis and visualisation, as well as data reporting.

The courses emphasised reporting of solutions – such as community self-help projects – rather than highlighting problems.

Speaking on the expectations of the SMC from the participants, the Dean, Dr Ikechukwu Obiaya, said: “The true reward will be what you do after this.

“What you do after this is what will really matter, to see that the 10 days you spent here are truly going to make a difference in the work you are doing.’’

Obiaya said that the SMC, PAU, had a mission to form media professionals, who would contribute to improving society.

“We are well aware of the influence of the media, so you can imagine if those who are running the media are not well-formed or have negative agenda; then we are in great trouble,’’ he said.

The dean said that the faculty would select another set of journalists for the academy before the end of the year.

He said that its ability to keep training journalists would depend on funds at its disposal.

He said that journalism for social change was an interface between journalism, public policy and social work.

The Course Director, Dr Ruth Oji, said that the goal of the academy was to get journalists to write from a perspective of solutions rather than focus on problems in the society.

Oji said that journalists should be able to offer solutions to societal problems through their stories instead of focusing on problems.

She said that they should also give attention to issues being under-reported. 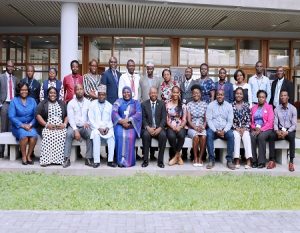 “A lot of seeds have been sown in the journalists in the 10-day period, and we are extremely hopeful that the journalists will not go home and forget but would apply the techniques and skills they have been taught,’’ Oji said.

A participant, Mr Abdullateef Aliyu of the Daily Trust newspaper, said, “it has been intellectually rewarding, this is not the first programme I am undertaking at PAU. They have never disappointed me in terms of honing my reporting skills.

“I have started incorporating the skills I learnt, especially about humanising my reports, building it around people and not necessarily around institutions, bringing out the problems of the people and looking at the ways these people are going about to solve those problems.”

Another participant, Mrs Anthonia Obokor of the BusinessDay newspaper, told NAN that the training had improved her writing skills.

According to her, classes were practical and not just theories.

“The facilitators are skilled in their subject areas,” she said. (NAN)