Taiwo Adebulu, a fact-check editor, has emerged TheCable Journalist of the Year 2021.

On Friday, December 31, 2021, the newspaper’s editors announced him as the recipient of the annual award which recognises journalists within the ranks of TheCable “who have demonstrated industry, resilience and self-motivation as well as having produced impact stories during the year.”

Adebulu was picked as the winner following the impact of his undercover investigation at the Federal Marriage Registry, Ikoyi, Lagos state, which exposed the extortion and untold corruption by government officials.

After the publication of the story funded by ZAM Magazine, a Netherlands-based media organisation, the ministry of internal affairs stopped manual registration and directed all applicants to go online in an attempt to tackle the graft-ridden process.

Adebulu began his journalism career in 2014 as a freelance reporter with The Nation.

In 2017, he won the Zimeo Excellence in Media awards in Ethiopia with a report he did for TheCable as a freelance journalist.

The judges rated his report, Inside Ondo community where children fish in the Atlantic Ocean to raise school fees, as the best in the SDG category.

He joined TheCable full-time in February 2018 and was a finalist in The Future Awards Africa Prize for Journalism in the same year. Adebulu also emerged as a finalist at the 2018 Nigeria Media Merit Awards (NMMA).

In 2020, he won the PwC Media Excellence Awards. 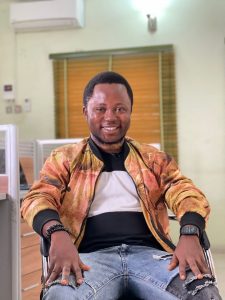 Adebulu also won the overall prize at the African Fact-Checking Awards in 2020 for his investigative piece that exposed the falsehood of a claim by the Nigerian government at the UN general assembly.

In 2021, Adebulu was longlisted for the 2021 edition of the One World Media (OWM) journalism award and also got an honourable mention on the winning list of the 20th SEJ Awards for Reporting on the Environment.

He is the head of Fact Check Desk at TheCable and is a corps member of the America-based Report for the World (RFW), an initiative from The GroundTruth Project which supports “ground up” journalism to serve under-covered corners of the world.

In his year-end message, Simon Kolawole, founder and CEO of TheCable, thanked the staff of the newspaper for remaining faithful to the core values of TheCable: independence, impartiality, integrity, defence of the public interest and respect for diversity.

“From the criteria for the awards, we can see the motive: to reward and encourage hard work, initiative and result-oriented journalism,” Kolawole said.

The International Center for Journalists (ICFJ) is hiring a Content Manager to work for its communications department, and start working by January 31, 2022. APPLY HERE