Faith Alofe ―  The activities of the Ife Iron Steel Company in the Fasina area, a suburb area of the Ife central-local government area in Osun State are increasingly affecting the lives of residents, following several emissions from the company.

The steelmaking company has been operating in the State for over a decade. Findings revealed that the company which is amidst residential houses, and business areas has been operating since 2011, neglecting the impact of its emissions on residents. 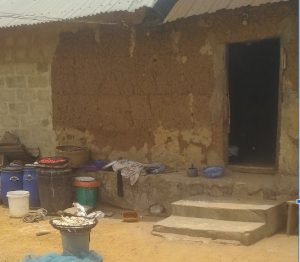 John Adegbile, a resident of Fasina  has spent most of his life in his community. He lamented that the emission that comes out daily from the company has caused death in the community.

“Last year, we had a case of death as a result of the smoke coming from the factory and we were the only ones that knew that it was the smoke that killed him, and they (company) also have cases of death within the factory that they do not also talk about,’ Mr. Adegbile told the reporter at Fasina.

Olasunkanmi Ogunwusi, the community monarch of the Fasina area, confirmed the death of a resident caused by the thick smoke that comes out from the company. He narrated that the deceased was a security guard who died mysteriously while blood was coming out of his mouth.

“It was later discovered after we took him to the hospital that it was the smoke that caused his death,’ the monarch said.

A report by Sweet Crude Reports  in November 2016 showed that there have been attempts by the community dwellers to inform the company’s authorities to salvage poisonous gas coming from the factory since its inception in 2011 but to no avail.

The gas released into the air through the melting and smelting of iron is sulfur dioxide gas which reads chemically in the atmosphere to form a sulfuric acid mist.  Melting and smelting of iron affect the lungs,  and continuous exposure increases respiratory symptoms and reduces the ability of the lungs to function, according to the report by the Environmental Protection Agency (EPA)  on  Acid Plant New Source Review Enforcement Initiative effects of inhaling sulfur dioxide gas.

The World Health Organization says globally, billions of people still breathe unhealthy air in both cities and rural areas which has been estimated to cause 4.2 million premature deaths worldwide per year in 2016. 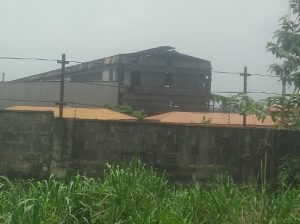 A staff of the company who pleaded anonymity due to the fear of sack told the report that the manner the company operates is dangerous to human health.

He said; ‘The operation of the factory is very serious and dangerous but because we do not have alternatives, or any outside job and so that it doesn’t look like we are fighting a company, especially for those of us that work in the scrap melting point.

“In other companies where I have worked, they usually give us a nose mask and other protective gear but there is nothing here.

“Due to my experience from other places where I have worked, when I got here I requested a nose mask but they didn’t provide it for me.

“ I had to just continue working without using a nose mask and it has affected my health a lot.” he lamented.

“There are times when I will get sick and will go to the clinic in the factory but the only thing they give me is paracetamol and they will tell me to go outside to buy medicine or go to a hospital on my own to take care of myself, said the staff.

When asked if he is experiencing any major health crises, he responded saying;” you know even facing a small smoke from firewood can destabilize you, not to talk of facing a furnace with thick smoke where one is melting different irons together, gradually one is dying.

He expressed gratitude that the reporter had come to listen to their lights, hoping the government would act fast to save residents living around the company.

In 2016, Adeleke Ajani, Zonal Director of the National Environmental Standard and  Regulatory Enforcement Agency( NESREA), an agency responsible for ensuring a cleaner and healthier environment for Nigerians, while addressing the Osun State House of Assembly stated that they are not satisfied with the operations of Steel Rolling Companies.

Mr. Ajani also further stated that no Environmental Impact Assessment (EIA) was not carried out before the establishment of the factory.

On June 4, 2021, Daily Post reported about the illicit practice of the company where the state government of Osun directed the management of  Ife Steel and Iron Melting Company to embark on corrective measures of all observed anomalies arising from unfriendly environmental practices that could put the health of people in jeopardy.

The company was warned of the need to provide a quick solution to the incessant problems associated with emissions by ensuring containment to permissible level in line with World Health Organization (WHO) guidelines. 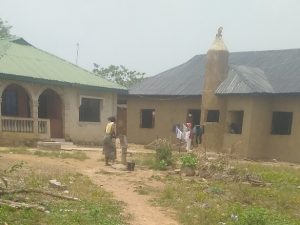 According to her, workers in such companies that are not well protected can face alot of challenges, which include, “long term chronic illness, all the way down to lung cancer which can lead to reduced quality of life and ultimately death.

“This action is one that needs to be fought against because it is extremely difficult for people living and working in that environment who inhale the particles.

“The best thing to protect the common man is to get that pollution to stop.

“The most important thing is either they find a way not to release the smoke into the air so that they can trap those particles and put it into a chamber so that it can be collected,” and “worked on, and let out in such a way that it is not polluting the community, Mrs. Omosivie who doubles as the President of the Medical Women Association of Nigeria, Rivers State said.

Speaking further, Omosivie urged residents living in the Fasina polluted areas to often clean their houses and have their baths regularly.

“But inhaling air pollution prevention is quite difficult, nowadays we have something called nose filters against air pollutants but it can’t be worn all day and they are just temporary measures that won’t last long,’’ she said.

Doctor  Ismail Adegboyega, an internal medicine physician in Oyo State said that people that work and live close to factories without proper regulation of toxic wastes have been proven to have a higher risk of cancers especially lung cancers, ischemic heart diseases, chronic obstructive pulmonary disease, strokes and lower respiratory tract infections which are very evident in children.

Efforts made to reach the company were abortive. NESREA did not respond to emails seeking comment.